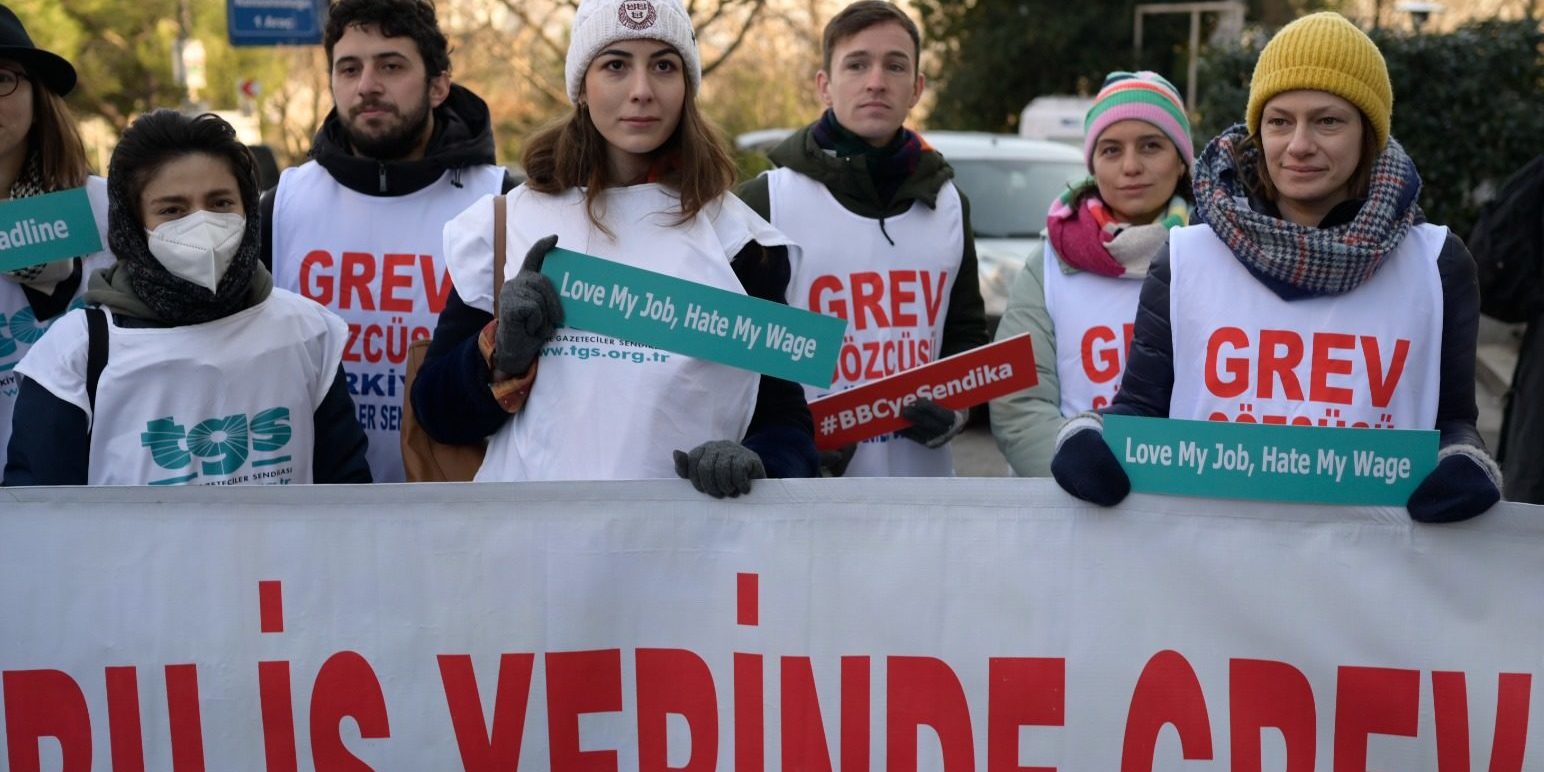 Journalists at the British Broadcasting Corporation’s (BBC) Istanbul bureau launched a strike on Jan. 14, citing the injustice by the London-based international media organization’s management displayed during the failed negotiations for a collective labor agreement with Turkey’s Journalists’ Union (TGS).

Talks for a collective labor agreement between TGS and BBC had ended without a deal last month. “The employer’s representatives turned a deaf ear to the demands of their employees at [BBC’s] Istanbul bureau. They do not agree with us on a collective agreement in spite of our constructive efforts,” TGS had announced on Dec. 7 last year, adding that unionized journalists were “ready to strike” amid the lack of “a reasonable offer” from the outlet’s management.

As the deadlock remained, TGS posted a video on its social media accounts on Jan. 11, declaring that it was prepared to begin the strike. “We will get what is our right,” a TGS tweet said.

The strike at BBC’s Istanbul bureau started on Jan. 14 after a press conference. A statement from the striking journalists said that the BBC management insisted to offer them a pay raise that remained way below the skyrocketing inflation in Turkey.

According to the TGS statement on Jan. 14, the BBC management’s latest offer was a %20 raise. Turkey’s official inflation stands at 36%, while independent economists warn that the real inflation is 82%.

The unionized journalists at BBC’s Istanbul office, whose salaries are paid in Turkish liras, say they seek fair conditions and compensation in line with the institution’s global norms for its employees. The lira has lost around 80% of its value against the British pound since the start of 2021. 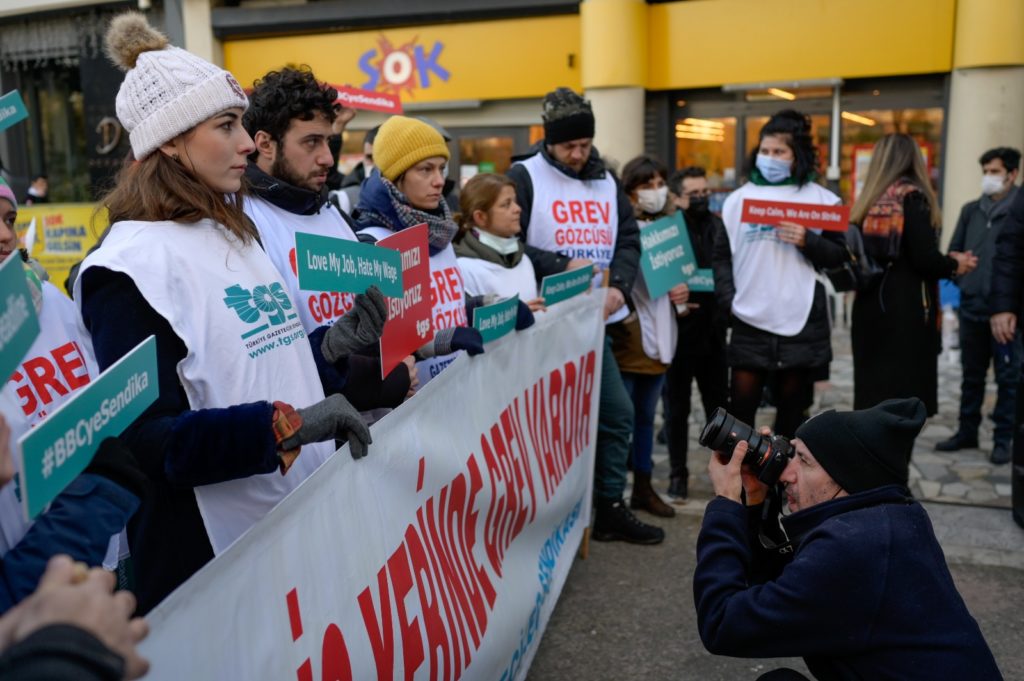 Here is the full statement of BBC’s unionized journalists, published on Jan. 14:

We are striking for our rights

Unfortunately, we were not able to reach an agreement in collective bargaining talks launched on 9 August 2021 on behalf of journalists working at the BBC Istanbul bureau. As we launch this strike today, we declare that we will not give up without securing our rights.

For the past six months, we have explained to the BBC how the economic turmoil has melted the staff’s salaries. Inflation and the rising cost of living have caused a significant blow to purchasing power. Our demands under these deteriorating economic conditions are realistic and humane.

The Turkish Statistical Institute announced inflation as 36% in 2021, though independent economists put the figure as high as 82%. The BBC’s final offer of a 20% increase in pay during the talks will therefore not sufficiently address the meltdown in the staff’s wages.

The offer comes after the BBC gave Istanbul staff only a 7% pay increase in 2020, when official inflation in Turkey stood at 14.6%. We see that the BBC, which has not matched pay raises even to contested official inflation figures in recent years, does not grasp the severity of the situation.

The injustice is exacerbated by the devaluation of the Turkish lira, the worst-performing emerging market currency in 2021. The currency’s collapse has reduced the cost to the BBC of the Istanbul staff’s wages, which are paid in liras, by nearly half.

We also do not accept that journalists in Istanbul, who are proud to work for the BBC, are refused a number of fundamental rights that are standard market practice in Turkey.

We see as discrimination the lack of recognition of some rights for Istanbul staff that are granted to BBC journalists in the UK and many other BBC bureaus.

We expected the BBC to respond positively to our calls and we tried extensively to solve the problems at the negotiation table. However, the offers we received were far from fair.

Until we receive a fair offer, this strike banner will remain here and our strike observers will be on watch every day. Our demands are reasonable and can be met by the BBC.

We have the right to expect a fair offer, acknowledging worsening conditions on the ground and respecting the rights of employees.

We will once again show that journalists are strong when united.