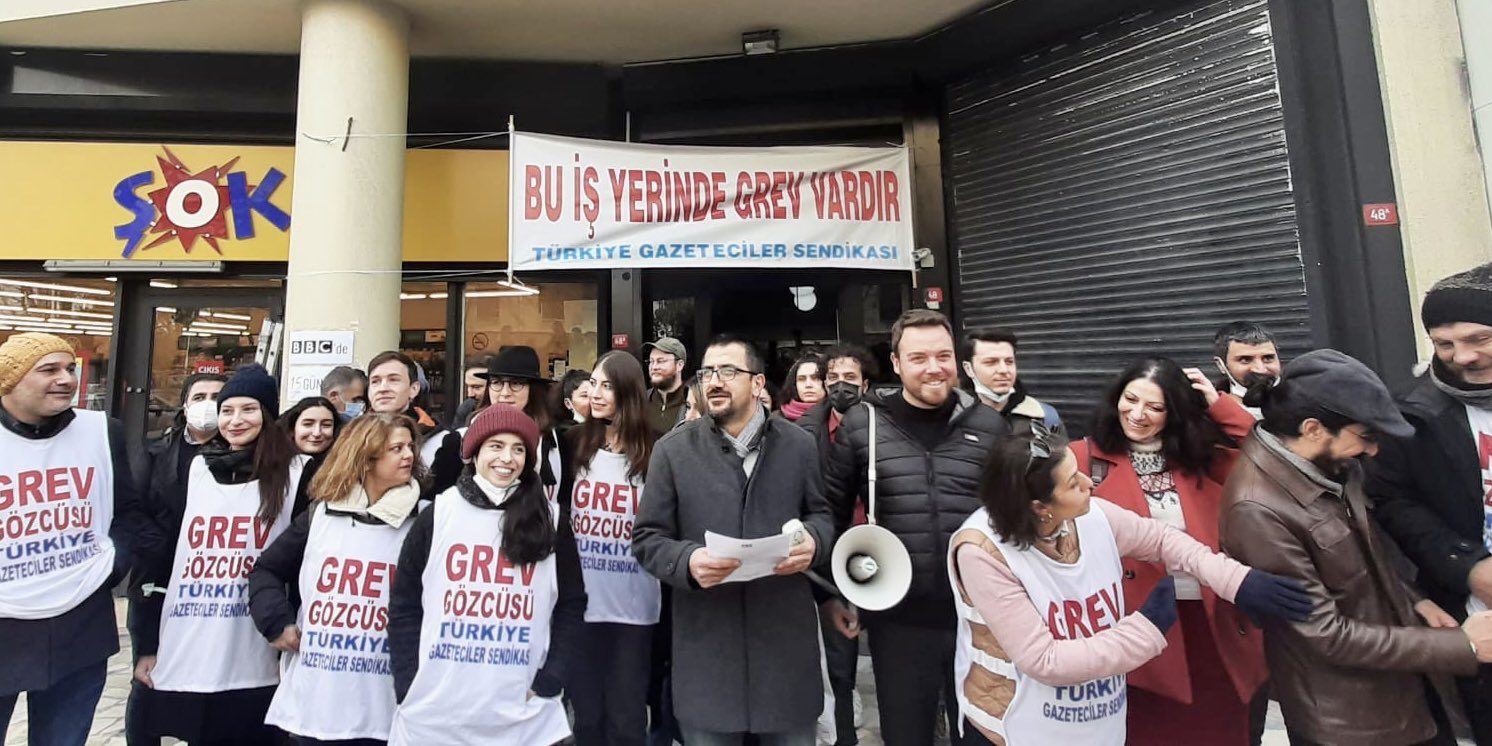 We are ending the strike we started with our members’ decision on 14 January 2022, following a one-year agreement with the BBC reached through a joint decision on 28 January.

Before the strike, the employer came to the table offering a 10% raise and almost no other complementary rights.

At the end of the strike, as a result of the agreement, our members have won:

The BBC Istanbul bureau employees’ success is only a beginning. The motivation and morale given by the strike will encourage colleagues experiencing lack of security, low wages and poor working conditions in the media sector to unite and fight under the Union’s roof.

We also thank the Broadcasting, Entertainment, Communications and Theatre Union (BECTU) and the National Union of Journalists (NUJ) at BBC London, specifically their representatives in the BBC World Service, BBC Monitoring and the BBC Turkish Service for their valuable efforts. 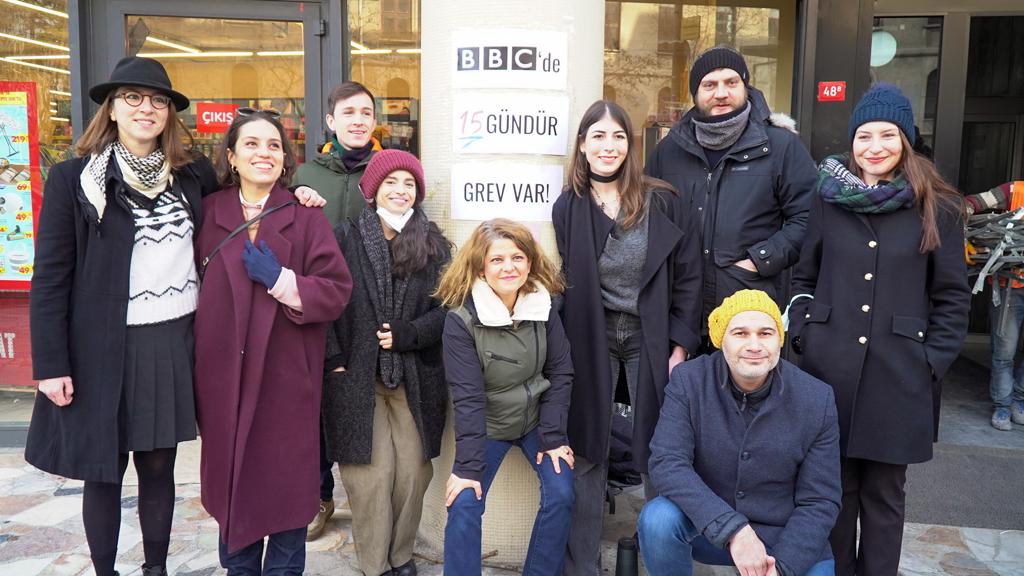 We thank the BBC employees in the UK and across the world, who supported our members throughout the process, for their solidarity.

We thank the NGOs and political party representatives who came to the strike area and conveyed their support over the phone.

We sincerely thank all our journalist colleagues who were with us from the first day of the strike and who sent messages of solidarity.

Lastly, we sincerely thank our journalist colleagues and all supporters who have been with us from day one, who have shared support messages on social media, visited us, and shared their feelings of solidarity.

The previous strike in the media sector in Turkey was in 2009. Foreign media in Turkey had never gone on strike before the BBC Istanbul bureau. This is the first strike in decades to have ended successfully with a collective bargaining agreement.

The hard won gains we achieved are important for all our colleagues and friends who work in both local and international media and will become a reference point in the future. Through professional solidarity we thrive.

The Journalists’ Union of Turkey