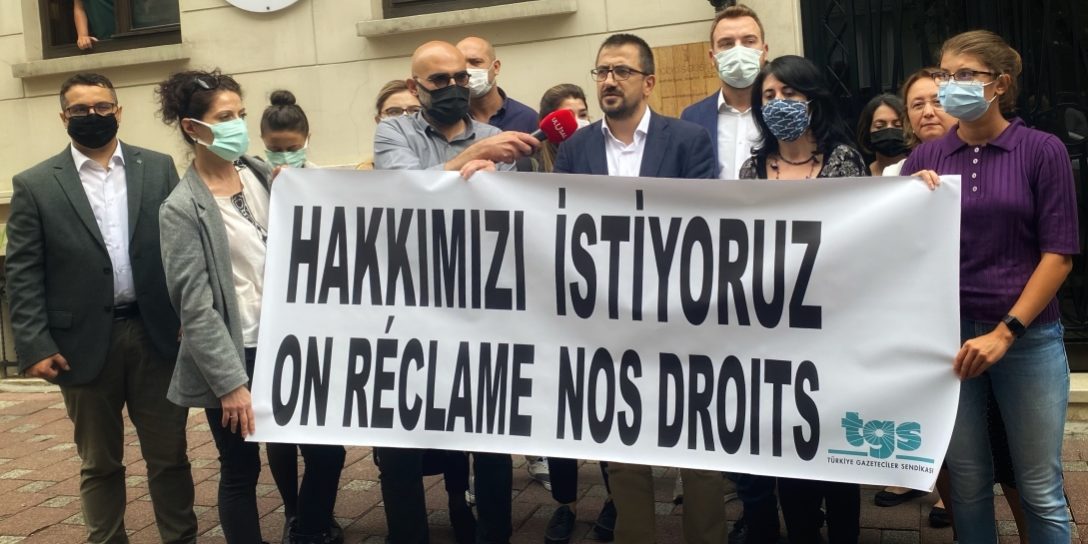 Turkey’s Journalists’ Union (TGS) has hanged a decision to strike at the Istanbul office of Agence France-Press (AFP), a global news agency.

The three-month talks for a collective labor agreement between TGS and AFP ended with no deal this week, the union said in a statement on Sept. 10, declaring that “the employer’s representatives turned a deaf ear to the demands of AFP employees and came to the table with almost ridiculous offers.”

The main disagreement between negotiating parties was the rate of wage raise. The employer’s representatives offered an 11% raise —a figure that the unionized employees considered too low, citing the skyrocketing costs of living in Turkey.

Although the inflation rate announced by the state-controlled Statistics Institution (TÜİK) stands at 19%, the TGS stressed that “the real inflation that we all feel is around 30%,” citing the recent price hikes in staple food like milk, dairy products, vegetables, fruits, and beverages.

“Our colleagues at AFP’s Turkey branch are not demanding an extortionate raise. They are only trying to protect their wages in the face of inflation,” the union said, adding that the figures, calculated by an independent research firm, “reflect the real, unsuppressed prices that ordinary citizens face.”

According to the statement, the employer’s representatives “cited examples from France, arguing that their employees in the office in Turkey enjoy much better conditions” to justify that they offered a raise that was “only half of the official inflation rate.”

“We favor solving this issue through dialogue at the negotiation table for a collective agreement. However, no one should expect us to sign a contract whose terms violate the rights of our members, letting them crushed under the high costs of living. Today we hang this decision of strike here. If the employer fails to come to the table with a reasonable offer that satisfies our demands, we will not hesitate to strike in the coming days. In this case, we will dress up for a strike and keep the struggle until our demands are met,” the TGS warned.

AFP, which is one of the world’s major news agencies, had reported that its operating profit rose to 7.1 million euros in 2019, while it turned in a net profit of 400,000 euros.