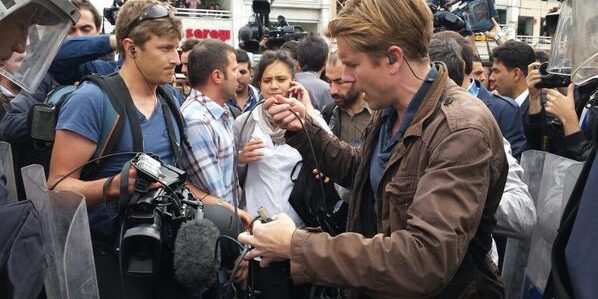 The European Federation of Journalists (EFJ) has criticized a new wave of violence against journalists in Turkey covering the anniversary of the Gezi Park protests.

Journalists covering the Gezi protests’ anniversary in Istanbul and Ankara have again been beaten, intimidated, insulted and injured by the Turkish police forces while doing their job.
According to figures gathered by the EFJ affiliate, the Türkiye Gazeteciler Sendikasi (TGS – Journalists’ Union of Turkey), several journalists have been attacked by the Turkish police forces while reporting the peaceful protest taking place in Taksim square (Istanbul) and Ankara. They include:

“Those police officers who were attacking journalists are acting with impunity, it only encourages them to continue to use violence against our colleagues,” condemned the TGS, who has called on the Turkish government to punish those responsible for the attacks.

“The government should have learned from its past experience and realised that attacking professional journalists, banning the means of communication, intimidating and threatening human rights defenders will never make the country a better place to live.” reminded the EFJ.