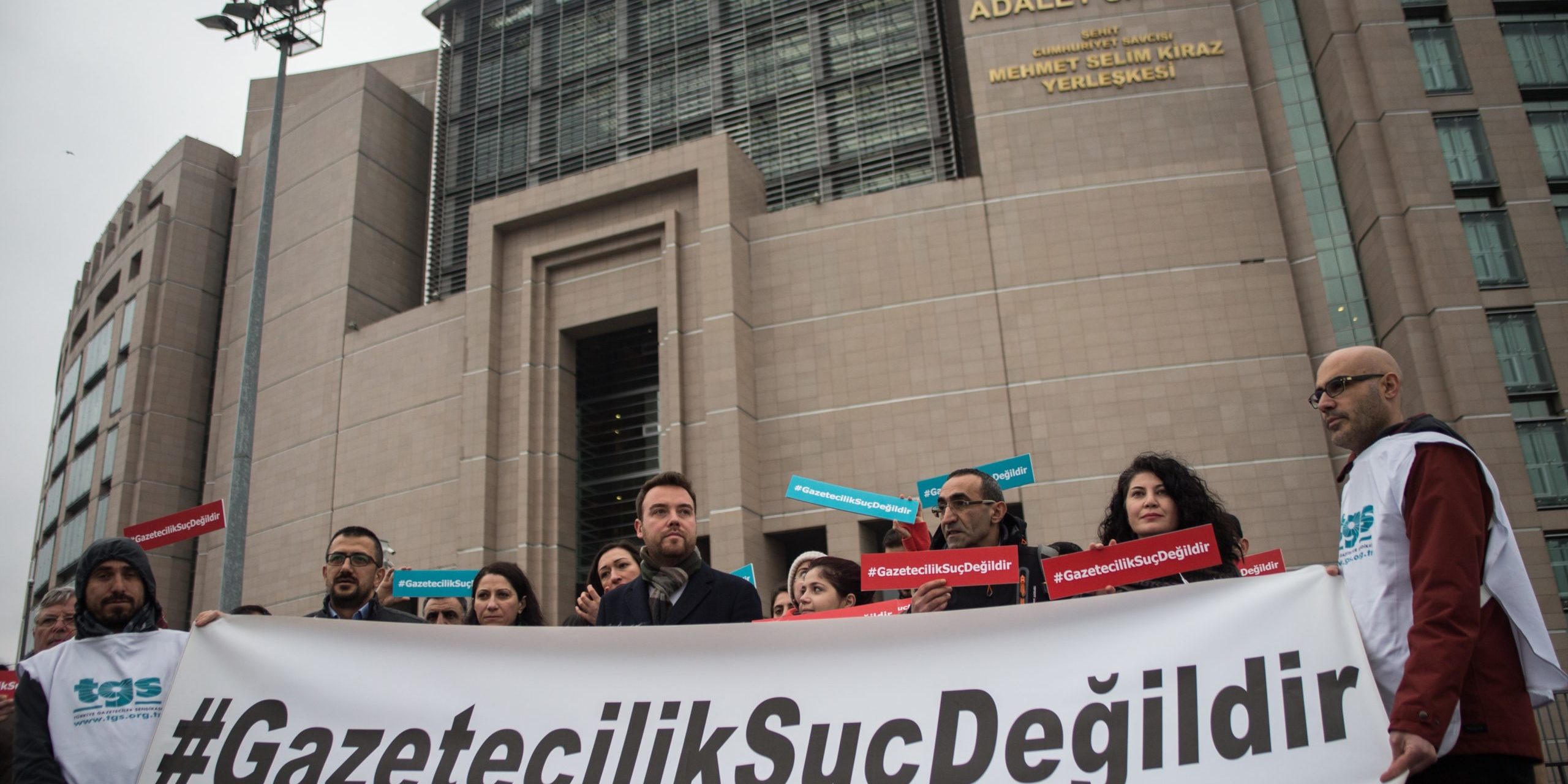 The Journalists’ Union of Turkey (TGS) has organized nationwide demonstrations to protest the latest wave of arrests targeting newsroom managers and reporters of critical news outlets.

The protests led by the TGS were held in Istanbul, Ankara, Izmir, Adana and Diyarbakir provinces on March 10 under the title “Journalism Is Not a Crime”.

28 journalists were detained in recent days and eight were arrested citing their news reports or social media comments criticizing the government. “We call on to the Justice Minister: Stop putting pressure on courts and let them judge independently. You will then see how our colleagues on trial would be released. You will then see that you cannot turn journalism into a crime,” TGS President Gokhan Durmus said at the protest in front of the Caglayan Courthouse in Istanbul.

Arrests over news reports and comments on Libya, Syria

OdaTV news website’s editor-in-chief Baris Pehlivan, its managing editor Baris Terkoglu and its reporter Hulya Kilinc; Yeni Yasam newspaper’s editor-in-chief Ferhat Celik and its managing editor Aydin Keser; as well as Yenicag newspaper’s columnist Murat Agirel were all arrested recently for publishing a news story on the funeral of a Turkish intelligence officer who was killed in Libya after the issue was already publicized in the parliament.

In separate cases, Yakin Dogu news agency’s editor-in-chief Alptekin Dursunoglu was arrested for over his social media posts about the ongoing war in Syria’s Idlib province and the Iraqi Kurdish media outlet Rudaw’s reporter Rawin Sterk who reported on the refugee influx toward Turkey’s border with Greece.

Characterizing the latest arrests as “political”, Durmus asked: “The same court that ruled for the arrest of Agirel also noted in its verdict that he shoud be released pending trial. Who can defend that this verdict is legal? The journalists who covered the news story of immigrants in the Edirne province have been detained. Who can tell us that it is legal?”

91 journalists were in prisons throughout Turkey as of March 10, according to the press release by the TGS. TGS Secretary General Mustafa Kuleli said in the same protest that the latest crackdown was aimed at intimidating the dwindling number of critical journalists who are still free. “Through solidarity, we stood up against those who intidimated us in the past. We will do it again. We are not afraid because we did not commit any crime. We only do journalism”, he said.

TGS’ Istanbul branch chair Banu Tuna, on the other hand, stressed that the recent arrests targeting journalists were related to their work on foreign policy issues, namely the wars in Syria and Lebanon that Turkey both intervened.

“We are making a call to the Minister of Justice here: We want all our colleagues arrested due to their journalistic activities to be released as soon as possible. Everyone will need the law and justice one day”, she called. 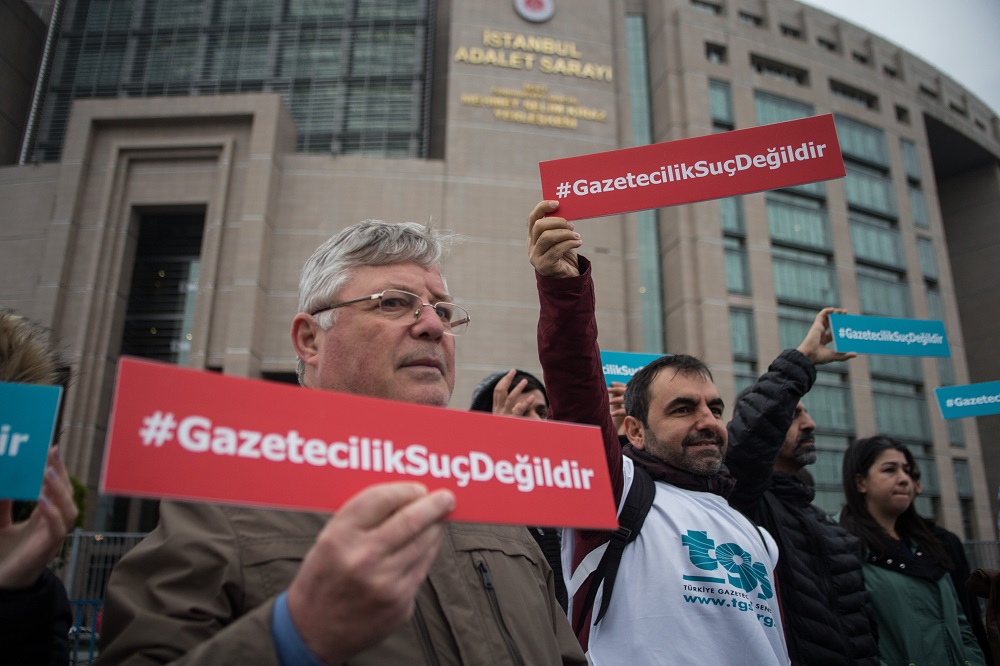