Currently in Turkey: online censorship, attacks against media and detention of journalists 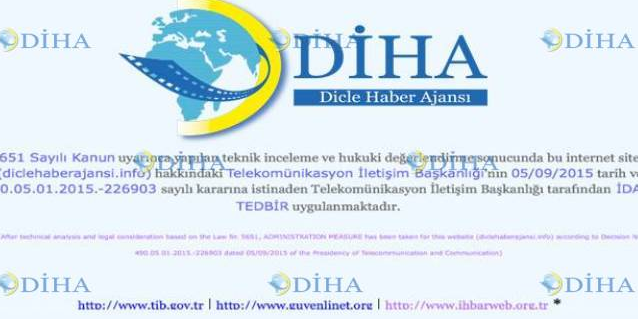 On 6-7 September, Hürriyet daily newspaper’s Istanbul headquarters has been pelted with stones by a group of pro- Justice and Development Party (AKP) supporters. Around 150 pro-AKP protesters started to convene in front of Hürriyet’s headquarters in Istanbul’s Bağcılar district hours after a deadly terrorist attack occurred in the Southeastern part of Turkey. The group then attacked security personnel at the outer gate before forcing their way to the door, which they pelted with stones. Protesters chanting pro-AKP slogans retreated after riot police arrived on the scene, reports the daily newspaper.

“It is the responsibility of the Turkish authorities to guarantee press freedom and the safety of journalists in the country. The recent attack against Hürriyet‘s office, just like the media crack down on the pro-Gülen media, are unacceptable and must be strongly condemned by the Turkish government. The Prime minister’s office should also immediately stop using the new internet regulation to censor and block access to online media”, said Jim Boumelha, IFJ President.

“We fully support our colleagues in Turkey, the trend for more censorship, more detention, more violations must stop ! Journalists should have the right to do their work safely and without the fear of being arrested or fired. The European journalists will continue to support press freedom and share their concerns in Brussels”, said Mogens Blicher Bjerregaard, EFJ President.

On The EFJ-IFJ and their affiliate TGS (Journalists Union of Turkey) will address all those issues at their next international conference on 17-18 September in Istanbul entitled “Fighting for journalists rights and freedoms in a politically polarized country”. More information about the programme can be found here: http://europeanjournalists.org/press-freedom-and-labour-rights-in-turkey/