Growing pressure on journalists in Turkey before the elections 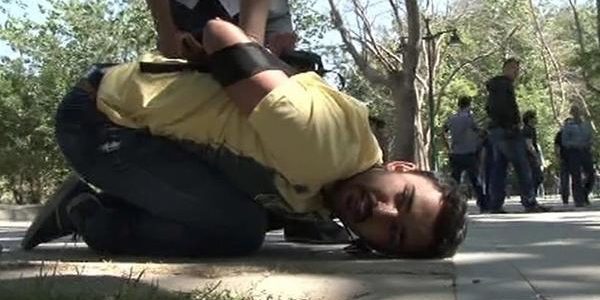 The Freedom for Journalists Plaftorm (GÖP), including the Journalists Union of Turkey (TGS) the EFJ-IFJ affiliate, calls on Turkish authorities to end pressure on media and journalists that prevent the public from accessing information. Yesterday (31/05/2015), police forces in Istanbul attacked again reporters for covering a public protest commemorating the second anniversary of the Gezi Park demonstrations. Journalist Emre Şencan working for the Turkish daily Zaman was injured. “The authorities should start an investigation against police officers who have attacked the reporter. Journalism in not a crime”, said TGS.

The Freedom for Journalists Platform (GÖP) published a specific statement denouncing the increasing pressure put on media and journalists in Turkey. According to the platform, the adoption of the new Homeland Security Act has oppressed televisions, radios, websites and media workers in alarming proportions :

On May 26, the police raided the office of Gelecek newspaper and arrested reporters Ufuk Erhan and Ezgi Aydın as well as Birgün correspondent Onur Öncü who was also on the spot. Ufuk Erhan has been arrested whereas the two other journalists have been released.
Baris Ince, Director of publication at the Birgün newspaper, is still being prosecuted by President Recep Tayyip Erdogan and his son Bilal Erdogan for publishing articles about corruption cases affecting the presidential family.
Ten journalists, including Nazli Ilıcak, Ceyda Karan, Baris Atay, Mirgün Cabas and Banu Güven, are being prosecuted for “doing propaganda on behalf of a terrorist organization” because of their comments (tweets) during the killing of a prosecutor in Istanbul. The journalists face up to 4-5 years imprisonment if found guilty for their tweets.
Can Dündar, editor-in-chief of the daily Cumhuriyet, is facing an “anti-terror” trial for publishing photographs showing arms sent by Turkish authorities to Syrian rebels.
Bugün newspaper Kamil Maman faces 25 separate investigations for tweets published in the past 6 months. All cases combined, Maman faces a 130-years imprisonment sentence.
The European Federation of Journalists (EFJ) and the International Federation of Journalists (IFJ) back the call published by the Freedom for Journalists Platform, including its affiliate the TGS. The Platform asks Turkish authorities to stop all pressures on media ahead of the general elections to be held on June 7. Both organisations reaffirm their support to their colleagues and call on Turkish authorities to respect the public’s right to access information.