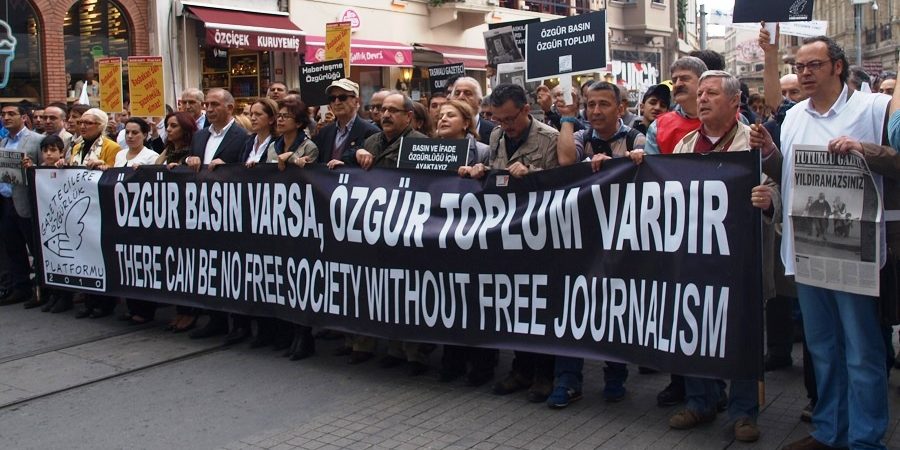 Journalists in Turkey marked World Press Freedom Day on Sunday under a cloud of diminishing press freedom in Turkey amid growing threats to their profession as they face unprecedented and constant attacks on their independence and safety.

Press organizations held a march from the tunnel in Taksim, Istanbul to Galatasaray Square on Sunday to promote freedom of the press on the occasion of World Press Freedom Day.

The journalists held banners that read: “There can be no free society without free journalism,”
“Free media cannot be silenced,” “Pressure cannot intimidate us” and “Let jails be evicted, freedom to media.”

A newspaper printed by the Journalists Union of Turkey (TGS) called “Tutuklu Gazete” (Arrested Gazette), which included articles by jailed journalists and journalists on trial, was delivered to citizens during the march. A press statement that was read out at the end of the march called on everyone to stand up for press freedom.

Reading a press statement on behalf of the journalists and press organizations attending the march, journalist Doğan Tılıç said: “We say, ‘Freedom is the oxygen of journalism and free journalism is the assurance of democracy.’ We emphasize that our struggle for freedom of the press is not only for one profession, but is also the struggle of every citizen that misses a free and democratic Turkey.”