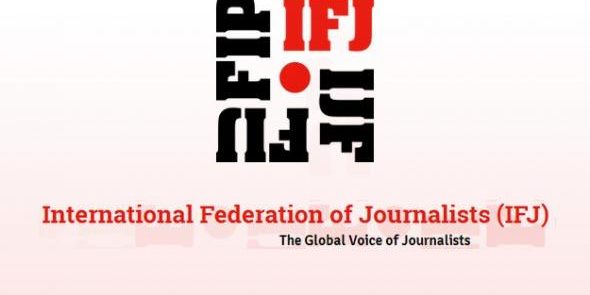 To mark the Wold Day for Decent Work, we condemn all attempts to intimidate journalists for their union activity.

Participants at the meeting participants heard reports from union leaders in Macedonia, Turkey and Montenegro who had all been fired from their jobs as a result of their union activity.

Tamara Chausidis, President of the Trade Union of Macedonia Journalists and Media Workers (SSNM) lost her job four years ago shortly after becoming union President after being tricked into signing a blank document on her contract. A few days later, the employers filled the blank space with a termination of contract clause and informed her that her employment was now terminated. Despite the support of the labour inspectorate condemning the employer’s behaviour she lost the subsequent court case. An appeal to the International Labour Organisation led to an eventual change in the law, but too late to help Tamara.

Mustafa Kuleli, elected General Secretary of the Journalists’ Union of Turkey in December 2013, was dismissed from his television company in April after trying to start collective bargaining negotiations with his employer.

Marijana Camovic, President of the Media Trade Union of Montenegro, founded in 2013, found herself relieved of her work in September a few days after she protested against persistent deductions in her pay that had started earlier in the year. Rather than paying up what she was owed her employers dismissed her with one week’s notice.

In all three cases, leading figures of journalists unions have been deliberately targeted for their union activity and lost their jobs as a consequence.

The targeting of union leaders is only the tip of the iceberg behind which lies a persistent policy of intimidation of journalists who exercise their right to association through union membership.