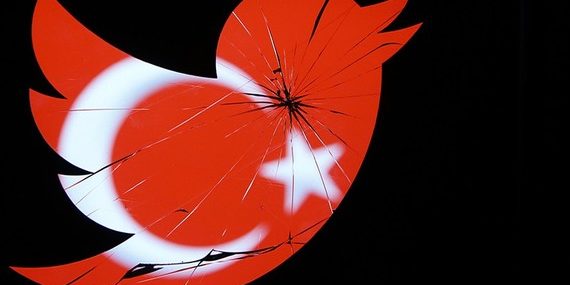 Access to major social media outlets – Twitter, Facebook and YouTube – were blocked on Monday via a court order issued over the extensive sharing last week of photographs of a terrorist holding a gun to the head of an İstanbul prosecutor hours before the prosecutor was killed.

Twitter was reopened to access on Monday night after the micro-blogging site complied with Turkey’s request to remove photographs of the prosecutor.

A senior Turkish official told Reuters later in the day that Twitter has complied with Turkey’s request to remove photographs of the prosecutor and that the ban on the micro-blogging site will be lifted very shortly,

“Twitter has agreed to shut down accounts and remove images relating to last week’s hostage-taking. The web site will reopen to access very shortly,” the official told Reuters.

“Users across Turkey will be able to access the site within the hour,” he added. Twitter was not immediately available for comment. The web site earlier said it was working to restore service.

Talks with YouTube were still underway, the official said.

Facebook said it had complied with a Turkish court order requiring it to restrict access to some content or face a block on its service. A company spokesman said it would appeal the order.

Also on Monday night, a Turkish court  ordered a ban on access to Google if the website fails to remove the controversial photographs.

The decision to ban millions of Turkish users’ access to the social media sites was made by İstanbul 1st Penal Court of Peace Judge Bekir Altun on Monday afternoon. Altun said in his detailed order that some websites engaged in “terrorism propaganda” in support of the terrorist Revolutionary People’s Liberation Party/Front (DHKP/C) by publishing photographs, videos and audio files while covering the hostage crisis on March 31. The judge accused those who had published such content of endangering public order and security.

The order is aimed at removing such content from the Internet or blocking access to it in order to protect the “right to live” and the “lives and properties of people.” The court order also aims to prevent the disruption of public order, stop criminal offenses and protect people’s rights and freedoms.

Commenting on the social media ban during a press conference in Ankara on Monday, Presidential Spokesman İbrahim Kalın said a prosecutor had sought the block on access to social media sites because some media organizations had acted “as though they were spreading terrorist propaganda” in sharing the images, adding: “This has to do with the publishing of the prosecutor’s picture. What happened in the aftermath [of the prosecutor’s killing] is as grim as the incident itself.”

Prosecutor Mehmet Selim Kiraz was taken hostage by two DHKP/C terrorists in his office at the İstanbul Courthouse last Tuesday afternoon and killed that evening after a shootout with special forces. The DHKP/C had published a photo of Kiraz with a gun to his head and said the prosecutor would be killed unless the group’s demands were met. The photo rapidly spread across social media outlets after it was published.

Access Providers Union (ESB) representative Bülent Kent, speaking to the press on Monday, said a prosecutorial order had been issued to the union but the process is ongoing. The prosecutor’s order is expected to be delivered to Internet access providers TTNET, Turkcell, SuperOnline, Avea and others.

Meanwhile, Twitter’s global public policy team posted a message on Twitter saying, “We are aware of reports of interruption of our service in #Turkey, and we are working to restore access for our users as soon as possible.”

Journalists’ Union of Turkey (TGS) Secretary-General Mustafa Kuleli told Today’s Zaman that any attempt aimed at controlling social media cannot be accepted and sustained. “Authoritarian regimes generally target social media networks in an attempt to bring them under control. Turkey has also been adopting such an authoritarian way of administration recently. However, the government cannot achieve this goal. People always revolt against such attempts,” Kuleli said.

Pointing to the upcoming general elections to be held on June 7, Kuleli said the recent ban on Twitter, Facebook and YouTube signals more pressure and restrictions on social media networks as well as other media outlets ahead of the general elections.

Kuleli also pointed to the anti-Twitter remarks of then-Prime Minister and current President Recep Tayyip Erdoğan, who had said “Twitter is a pain in the neck of Turkey” during the 2013 nationwide Gezi protests, saying the AK Party wants to shut the voice of social media.

“In a period when the government has bought most of the media outlets, established a ‘pool media’ and levied fines on critical media outlets, social media is people’s last chance to express their thoughts and ideas. Thus, we should do whatever is necessary to protect social media,” Kuleli added.

The pool media is a term which refers to a pool of funds contributed by pro-government businessmen in return for favors in the form of public tenders over five years.

Although the ban on Twitter prevented millions of users from accessing the website and users able to access Twitter only with a virtual private network (VPN), some top state institutions circumvented the ban. The official Twitter accounts of the Supreme Court of Appeals and Preisdent Recep Tayyip Erdoğan’s Office posted tweets on Monday. The President’s Office shared the press statement of Kalın while the Supreme Court of Appeals tweeted photos of visits by two ministers to the top court.

Turkey filed over five times as many content-removal requests with Twitter than any other country in the second half of 2014, data published in February by the microblogging site showed. Last year, Turkey tightened laws allowing sites to be blocked by the authorities more easily.

It is not the first time that social media outlets have been targeted by the AK Party government.

Then-Prime Minister Erdoğan said on March 27, 2014, in a rally held in the city of Bursa that he would “root out” Twitter, adding that he did not care how the rest of the world would react.

“I am not interested in whether the international community says this or that. They will see the power of the Turkish Republic,” Erdoğan said in an election campaign in Bursa on March 20, 10 days before the local elections held in 2014. He also noted that the Twitter ban has nothing to do with freedom as “freedom does not mean intervening in one’s privacy and spreading state secrets via these kinds of channels to the international community.”

Twitter started to become a headache for the government during the Gezi Park protests that erupted in reaction to its unacceptable urban policy in central İstanbul in the summer of 2013. It then turned into one of the most disliked sources of media by then-Prime Minister Erdoğan and his government as the social media became widely used to disseminate wiretapped phone conversations between ministers and businessmen, disclosing the corruption involved in by Erdoğan and other members of the AK Party government.

Consequently, Twitter was blocked following Erdoğan’s anti-Twitter remarks in Bursa, leading to national and international outrage as social media activists drew similarities between Turkey and dictatorships such as North Korea and Iran.

Although the Twitter ban was overturned by the Constitutional Court, the government moved ahead by banning YouTube. This move came only a week after Turkey blocked public access to Twitter. All these developments came amid Turkey’s run-up to the parliamentary elections in June.