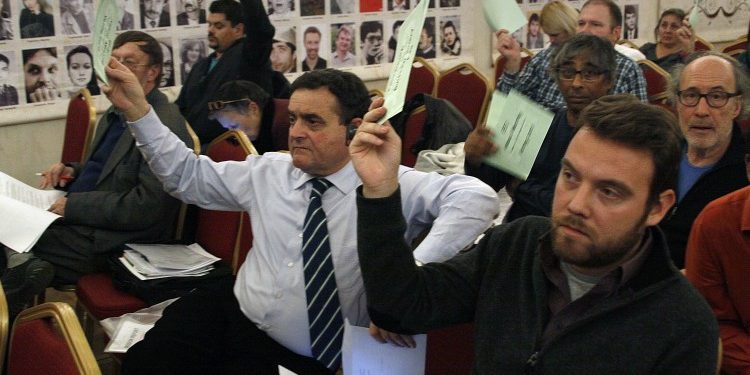 The Annual Meeting commenced with a minute of silence to remember the 56 journalists who were killed for doing their jobs since 1993 in Russia.

‘‘Journalists in Russia are facing a great challenge today. We need more than ever solidarity, unity and dialogue,’’ said the EFJ President, Mogens Blicher Bjerregård.

Addressing the Annual Meeting Dunja Mijatović, the OSCE Representative on Freedom of the Media told the meeting that ”We need to offer our full and genuine support to RUJ to resist media propaganda.”

“Russian media is in dire need of self-examination. There is a need to free journalism of fear, propaganda and routine frustration”, Mijatovic said, calling on editors and the Russian government to stop corrupting journalists and journalism standards in Russia.

The EFJ Annual Meeting adopted unanimously the motion to improve cooperation between Ukrainian and Russian affiliates on journalists’ safety and professionalism in view of the recent crisis and its impact on journalists in the two countries.

The EFJ and the OSCE Representative on Freedom of the Media, Mijatović renew their commitment in continuing the effort and collaboration to develop dialogues and strategies to improve the working conditions of journalists and journalism standards in Ukraine and Russia.